PW Insight
You are here: Home / PW Insight / In the News / Greed: Good or Evil? 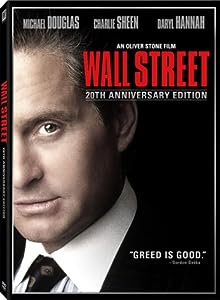 Economists persuasively argue that greed encourages effort, discovery, invention – it motivates us to take risks, come up with new products, enter new markets and make enterprises more efficient. Soon after the memorable line, “Greed is Good, Greed is Right, Greed Works,” was uttered in the movie “Wall Street,” much was and continues to be written about the economic and psychological impact of greed.

Evolution may have programmed us to be greedy, since greed keeps us motivated to achieve a genuine state of happiness, according to Jay Phelan, an economist, biologist, and co-author of Mean Genes.  Echoing that thought, some psychologists say greed is the only consistent human motivation.

Today, however, increasing numbers of mental-health professionals are saying that greed is not nearly as good for people as it is for economies.  Some have begun warning that greed is beginning to overwhelm conscience, reason, compassion and family bonds.  Psychologist David Farrugia sees greed as a mistaken, empty and shortsighted goal that contains many seeds of destruction.  In his article, Selfishness, Greed, and Counseling, Farrugia says, “a chronic orientation toward greed has been shown to result in inflexibility and diminished reality testing.”

This likely explains the brazenness of Bernie Madoff, Raj Rajaratan and, now, the seven defendants recently charged in the U.S. District Court in Manhattan by Federal authorities with securities fraud involving insider trading.

SEC Enforcement Director Robert Khuzami said, “These are not low-level employees succumbing to temptation by seizing a chance opportunity, [but] …. sophisticated players who built a corrupt network to systematically and methodically obtain and exploit illegal inside information again and again.”

Bottom line:  While greed may indeed drive us in ways that have positive effects on behavior, it also has proven to wreak havoc and shatter lives.

Beware of Lurking Wolves
Does it Pay to Go Public?
Wage Disparity Rages On
0 replies