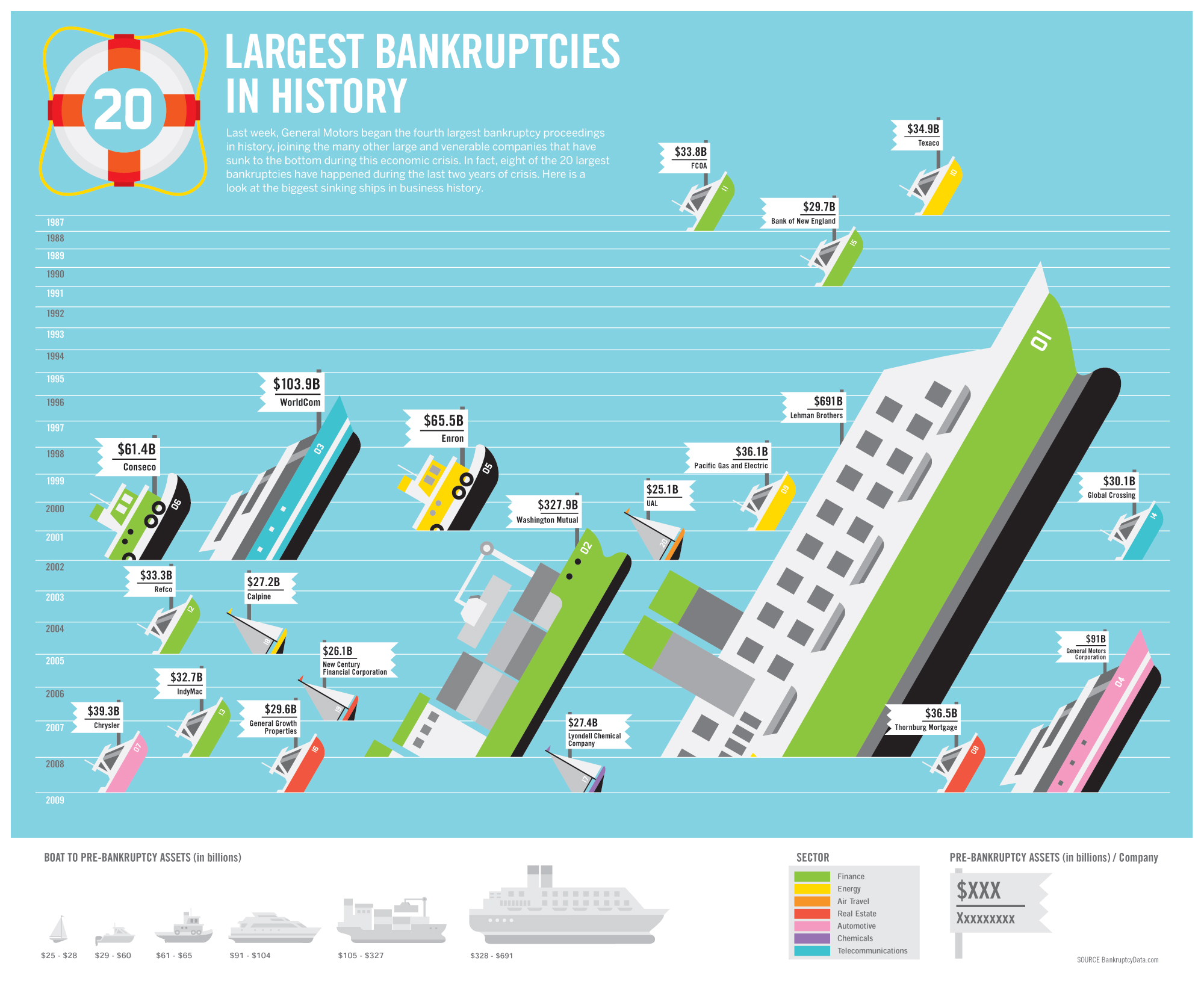 San Bernadino this week became the third California city in the last month to seek bankruptcy protection because it could not close a $45.8M budget gap.  Similarly, Stockton and the small resort town of Mammoth Lakes both sought financial protection due to large budget deficits.

Lack of funds is the primary reason for the filings.  Basically, these municipalities are spending
more money than they actually earn from taxes, fees and other revenue.

The soured economy certainly impacted the rise in bankruptcies.  While the ability to secure credit may be hampered, and for cities like San Bernardino, bond ratings may be downgraded, the question remains: Does bankruptcy have the same negative brand impact it did a decade ago even in today’s soured economy?

Take General Motors for example. The company filed for bankruptcy protection on June 1, 2009, the fourth largest in the nation’s history.  The brand initially took a big hit in the media and financial markets.

GM however quickly emerged from bankruptcy only 40 days later with the help of the U.S. Treasury and recently announced June 2012 sales of 248,750 vehicles in the U.S. alone, the company’s highest since September 2008.

General Motors today is a company with a new, reinvigorated brand identity.  Yes, new vehicles, increased revenues and good earnings help.  It’s sometimes hard to remember that only a couple of years ago the company was on the brink of financial disaster.

The key to success is effectively managing communications during the bankruptcy process.  At the time of the Detroit automaker’s bankruptcy filing, GM’s CEO Fritz Henderson promised that the fallen corporate giant will be reformed and that “business as usual is over.”

The strategy seemed to work. Making sure all audiences are informed of a company’s reorganization plan is essential for success. Bankruptcy is not permanent, but a tool to help protect companies and individuals from creditors while a restructuring is put into action.

So, the answer might be that bankruptcy does not have the same negative connotation it once had given today’s uncertain marketplace.  Done right, the results can be positive and even generate new investment opportunities.  Done wrong, the repercussions can be disastrous.

All eyes now are on Scranton, Pennsylvania.  The cash-strapped city last week cut the pay of its municipal workers to $7.25 an hour and might be the next local government to declare bankruptcy.

Taking Stock of Intonation
Resisting Temptation to "Like This"
0 replies