You are here: Home / Our Blog / Stevie Wonder 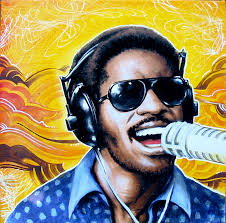 About a year ago, I was on a trip in the northern region of India when my raft carrying eight travelers from various parts of the world capsized in a murky, foul-smelling, bone-chilling Class-5 rapid.  During the tortuous two kilometer ride through the churning water (the rapid was known as the Black Cobra, which should have been a hint) all I could think about was: “Keep your head up!” and “Breathe in more air than water!”  Seems simple enough, but at the time the basics of survival seemed more elusive than I would have liked.  In retrospect, this experience prepared me for what was to unfold in 2009.

I’m a big proponent of the theory that by challenging adversity one can yield extraordinary outcomes.  We often see this in the heroes we all admire – whether it’s sports, business, architecture or music – many of our idols, in addition to their extraordinary talents, usually have some story of struggle that prepared them for great achievement.  And often it’s just the sheer will to press on that propels them into another dimension.

We all pressed forward in 2009, and with the help and determination of colleagues, friends and family, we kept our heads up and carried on.  And like the moment when I was yanked out of the water by a crazy hippy Irishman, I can now breathe more easily as I prepare for 2010.  While I don’t know what lies ahead, I do somehow know that in an odd way I’m better equipped now that another good, hard fight is behind me.

Yesterday, Stevie Wonder was in our building lobby.  A few of us casually found ourselves in his general vicinity hoping to catch a closer glance.  Knowing that Mr. Wonder is one of Roger Pondel’s heroes, we took the initiative to speak with him and minutes later found ourselves escorting the musical genius to our office to meet Roger (we now know that he has a wonderful sense of humor and enjoys a good prank or two).  For the first time in the history of the firm, Roger was speechless.

In a curious way, this crowning event seemed a fitting way to end the year.  It was surprising, inspiring, humbling and downright funny.  It also reminded me that every treacherous path has its bright spots.  Happy Holidays!  See you down the road.