Tag Archive for: The New Yorker

You are here: Home / Our Blog / The New Yorker 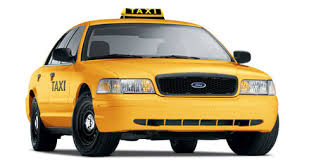 Since words play such an important role in what we do as corporate communicators, the editor-in-chief of this blog asked me to do a periodic posting on this subject, following the initial one I did late last year.

As a kid, I always read the Word Power feature in Reader’s Digest, a subscription to which I received from a great uncle. It was the only part of the magazine I read. For PW Insight, I will continue to bring unusual words to your attention from my favorite magazine, The New Yorker.

Try your luck at these ten, scrolling down for the answers. Scroll further to see if you can pick out the word that was invented by the mother of late author David Wallace:

…As to the totally fabricated word by David Wallace’s mother—Number 5, greebles.

The New Yorker—my all-time favorite magazine and the one I read to steal myself away from business news—had an insightful piece about mergers and acquisitions.

Tucked inside the Financial Page column (June 9 & 16, 2008 issue), which focused on CBS’s recently announced acquisition of CNET Networks, were some hidden gems of advice for acquirers of companies:

The article’s author, James Surowiecki, aptly quoted Warren Buffett: “Executives see the companies they acquire as handsome princes imprisoned in toads’ bodies, awaiting only the ‘managerial kiss’ to set them free. Unfortunately, most toads turn out to be as warty as they look, and magic kisses are harder to bestow than executives think.”

Surowiecki has written a well-received book, The Wisdom of Crowds—Why The Many Are Smarter Than The Few And How Collective Wisdom Shapes Business, Economies, Societies And Nations, which describes systematic ways to organize and aggregate the intelligence available in organizations in order to arrive at superior decisions—often better than those that individuals would make, even if they are ‘experts.’